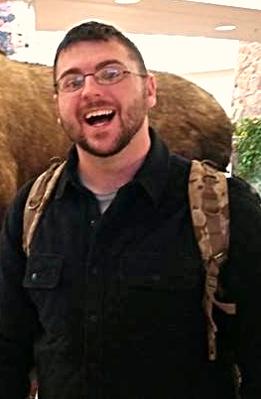 Joshua was born at Poplar Bluff, MO on January 24th, 1989. Joshua is the youngest of three children, born to Charles and Jamie. He grew up in Perryville, MO and graduated from Perryville High School in 2007. This is also where he met his wife of over nine years. Afterwards, he enlisted in the United States Marine Corps in 2008. Following four years and two deployments to Afghanistan he finished his time on active duty and, upon entering the reserves, switched over to the Air Force to serve as a Mental Health Technician. It was during this time that he developed a passion for Mental Health, particularly with suicide awareness and prevention. Currently, Josh is finishing his undergraduate degree in Psychology and plans to continue with his Master’s in the fall of next year.