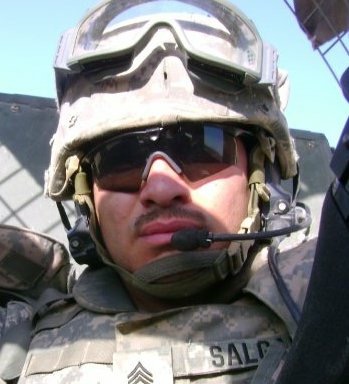 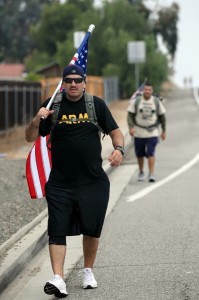 Sergeant First Class (SFC) John A. Salgado was born and raised in San Bernardino, California on September 22, 1979. He completed high school in June of 1998 and joined the United States Army Reserve and completed his Basic Training at Fort Knox, Kentucky and his Advance Individual Training, Heavy Wheel Mechanic, at Aberdeen Proving Grounds, Maryland.

SFC Salgado was injured and had to return state side and was attached to the Warrior Transition Unit (WTU), Fort Irwin, California; Once SFC Salgado was cleared to return to duty he was assigned to the 79th Sustainment Support Command (SSC) as the Maintenance Non-Commissioned Officer in Charge (NCOIC), he served that position for 2 years he was then selected to serve as the Executive Administrative Assistant for the 79th SSC. He is currently assigned to the 923rd Trailer Transfer Point (TTP), Bakersfield, California, as the Detachment NCOIC.

SFC Salgado’s civilian position is with the Department of the Navy as an Assistant of the Metrology Division, Corona, California.